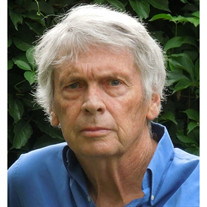 1939 - 2018\r\n\r\nBrian Philip Gallagher was born to Eileen Anne Murphy and Richard Francis Gallagher in Larkspur, California.  He had one older brother, Richard. \r\n\r\nSome of his happiest memories were of his childhood in Mill Valley, California. He moved to Salt Lake City, Utah at the age of seventeen.  Brian graduated from Judge Memorial Catholic High School and attended the University of Utah.  He was passionate about film and photography from an early age, and enjoyed his 37 year career working as a television news director for KUTV.  It was during this time he met the love of his life, and future wife, Joan M. Andruska.  They were married in July of 1983 and together had two daughters, Emily and Sarah.  Brian lived a healthy and active lifestyle, spending much of his free time outdoors. He loved animals, especially cats, and would always go out of his way to help an animal in need.  Brian was a very kind soul who will be missed by all who knew him.  \r\n\r\nBrian is survived by his wife of 35 years, Joan, his two daughters Emily (Richard) and Sarah, his grandson Oliver, his nephew Kevin, and two nieces, Laurie and Leslie. \r\n\r\n The family would like to give a special thank you to his hospice nurse, Joelle.  \r\n\r\nA graveside service will be held at Mt. Calvary Cemetery, 4th Avenue and T Street, Friday, October 12, at 11:00 am.   Funeral Directors, Neil O\'Donnell and Sons. The family will hold a celebration of life at a later date.

1939 - 2018\r\n\r\nBrian Philip Gallagher was born to Eileen Anne Murphy and Richard Francis Gallagher in Larkspur, California.  He had one older brother, Richard. \r\n\r\nSome of his happiest memories were of his childhood in Mill Valley, California.... View Obituary & Service Information

The family of Brian Philip Gallagher created this Life Tributes page to make it easy to share your memories.

Send flowers to the Gallagher family.