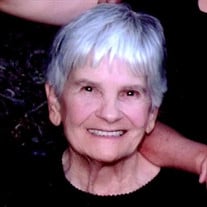 Grace Parker was born on March 21, 1930 in the middle of the Great Depression in Fruita, Colorado as the 8th of 10 children to Gaitino “Guy” Carlucci and Groseppina “Josephine” Fuoco, and passed away March 27, 2020 in Millcreek, Utah of natural causes in the middle of the COVID-19 pandemic. Those two events are appropriate bookends to her life. The soil on the family farm was not the best, but they enjoyed a view of what would become Colorado National Monument. Grace was a straight A student as a child who would make everyone be quiet while she did her homework. She attended Mesa College, and in 1952 she was swept off her feet by a charming, rambling, gambling man from upstate New York, Fred (Helwig) Hase. Their life together included five children, 27 moves in 13 years across the western US, multiple last names, sometimes living in tents, and meeting celebrities like Louis Armstrong. Together the family faced several challenges, including a midnight move to escape vengeance from two of The Three Stooges. As Grace would joke, “We’d leave town in the middle of the night shooting over our shoulders.” Grace also claimed to have stopped her children from being sold to Gypsies, an intervention they truly appreciated when they learned about it decades later on Mother’s Day. Settling in Sandy, Utah in 1966, Grace and Fred owned and operated the Sandy Café. After it closed she worked for many years at Deseret Pharmaceutical. Fred passed in 1980. In 1984 she married a wonderful gentleman, Claude Parker, and together they lived a calm and happy life for 18 years until he passed in 2002. They spent their time together traveling, fishing at Strawberry, and wintering in California. Claude was a true blessing in her life. Grace never baked a cake or a cookie, yet her children did not go hungry. Somehow she still managed to get Carlucci’s Bakery named after her. Her children were never coddled, but always loved. She had a soft spot for people who were struggling, once selling a trailer for $1 to a family whose home had burned down. She faced down many obstacles and can best be described as a feisty survivor. Grace was preceded in death by her husbands Fred and Claude, her grandson Michael Roper and granddaughter Connie Paisley. She is survived by her siblings Jasper (Lois) Carlucci and Rose Hitchen; her children and their spouses Sharon Roper (Bill Hooper), Chris (Denese) Hase, Georgia Sides, Marvin (Debbie) Hase, and Kathy (Bruce) Auger; 11 grandchildren, 10 great-grandchildren, and lots of extended family. She is also survived by many a funny story or witty comment, most of which cannot be printed in the newspaper. Private family graveside services will be held at Salt Lake City Cemetery. Funeral directors, Neil O’Donnell and Sons. The family would like to thank Pacifica Senior Living in Millcreek for the loving care they provided Grace in her last years, and Inspiration Hospice for their care in her last days. In lieu of flowers, please make a donation to The Boys & Girls Clubs of Greater Salt Lake, 179 East 5065 South, Murray, UT 84107, in Grace’s memory.

The family of Clara Grace Carlucci Hase Parker created this Life Tributes page to make it easy to share your memories.