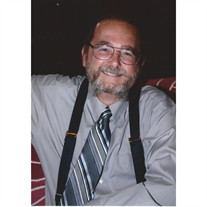 Beloved husband, father, "Pa," and brother, Daniel DeLancey Dennis, 70, left this world for his eternal home on July 30, 2018. Dan was born in Portsmouth, VA, on May 16, 1948, and was raised in Newark, NY, in a household of five boys by his mother Irene L. Brown and Robert Walters.\r\n\r\nDan graduated from Newark Central High School in 1967 and earned a certificate of Engineering Drawing from Gale Institute of Technology in 1967. He served in the U.S. Army from 1968-1971. On March 14, 1970, he married his "Suzie Q," Susan M. Pross, who preceded him in death in 2009.\r\n\r\nDan's work as a Master Scheduler took him to Ireland, Puerto Rico, Venezuela, Jordan, Australia, and many other locations around the world, where he worked on infrastructure, demilitarization, mines, power plants, and more. On February 3, 2012, Dan married his "Angel," MeLinda J. Klinger. His work took them on adventures in Pennsylvania, New Mexico, Colorado, and Utah.\r\n\r\nFamily was everything to Dan, and he lived for the privilege of taking care of those he loved. The minute he met someone, they became family, and he was ready to give the shirt off his back for his family. Dan's sense of humor enlivened a room, and his life goal was to make someone laugh every single day he lived. He enjoyed spending his leisure time on his international coin collection and on his plants and his gardens, which flourished under his green thumb.\r\n\r\nDan is survived by his wife MeLinda Dennis, children Cynthia Peiffer, Cristina Dennis, Julie Collins, Karen Magaña, Michael Nickas, and Christa Nickas, brother H. Michael Dennis, and nine grandchildren.\r\n\r\nFuneral services will be held Saturday, August 4, at 11 a.m. at Neil O'Donnell and Sons Mortuary Chapel, 372 East 100 South, where friends may call one hour prior. Interment, Mount Olivet Cemetery, 1342 East 500 South.\r\n\r\nIn lieu of flowers, the family suggests a donation to El Kalah Shrine Transportation Fund, c/o Adah Chapter O.E.S., 4014 West Omega Way, WVC, UT 84120 to help pay for transportation for children in need of care at Shriners Hospitals for Children in Salt Lake City.

Beloved husband, father, "Pa," and brother, Daniel DeLancey Dennis, 70, left this world for his eternal home on July 30, 2018. Dan was born in Portsmouth, VA, on May 16, 1948, and was raised in Newark, NY, in a household of five boys by his... View Obituary & Service Information

The family of Daniel DeLancey Dennis created this Life Tributes page to make it easy to share your memories.

Send flowers to the Dennis family.