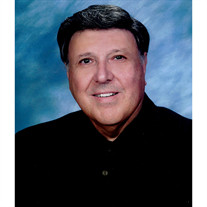 Our beloved cousin, uncle and friend passed away to embrace Our Lord on Sunday, March 26, 2017.\r\n\r\nDean was born June 15, 1936 in Salt Lake City, UT. to Gus C. and Mary Rose Brown Betenes. He graduated from South High School in Salt Lake City.\r\n\r\nDean was retired from Consolidated Freightways after working there for more than 45 years of service.\r\n\r\nDean was an active member of St. Ambrose Catholic Church and was currently the Bereavement Minister there for many years and has also held other numerous positions throughout his life within the Catholic Church. He was also an active member and past\r\n\r\ntreasurer of the 49ers club and chairman of the DD drive.\r\n\r\nDean will be remembered by his family and friends as a shining example of love, compassion, kindness and always a willingness to help others as he took great care of his Mother during her lifetime.\r\n\r\nDean enjoyed good conversation, the opera, ballet and other cultural events.\r\n\r\nSurvived by nieces, nephews, cousins and extended family and friends.\r\n\r\nPreceded in death by his parents and brother George "Dick" Betenes.\r\n\r\nA funeral Mass will be celebrated on Monday, April 3, 2017 at 10:00 a.m. at Saint Ambrose Catholic Church, 1975 South 2300 East. A vigil service will be held on Sunday, April 2, 2017 at 7:30 p.m. - also at the church where friends may visit from 6:30 p.m. - 7:30 p.m., and Monday, April 3, 2017 from 9:15 a.m. - 10:00 a.m. Committal, Mount Calvary Catholic Cemetery, 4th Avenue and T Street. Funeral directors, Neil O'Donnell & Sons Mortuary.\r\n\r\nIn lieu of flowers, the family requests donations be made to Saint Ambrose Catholic Church, 2315 East Redondo Ave., SLC, UT 84108.\r\n\r\nETERNAL REST GRANT UNTO HIM, O LORD, AND LET PERPETUAL LIGHT SHINE UPON HIM. MAY HIS SOUL AND THE SOULS OF ALL THE FAITHFUL DEPARTED, THROUGH THE MERCY OF GOD, REST IN PEACE.

The family of Dean J. Betenes created this Life Tributes page to make it easy to share your memories.

Our beloved cousin, uncle and friend passed away to embrace Our...

Send flowers to the Betenes family.