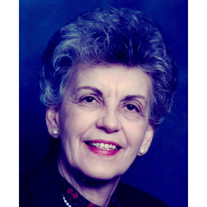 1924-2017\r\nOur loving mother and Yia Yia, Effie Kerikas Carr passed away peacefully on Thursday, April 27, 2017.\r\n\r\nShe was born on July 19, 1924, to Greek immigrant parents, John and Argero Kostopulos Kerikas. She grew up on 5th East in Salt Lake City. During World War II She worked at the Kearns Army Depot where her mother instructed her to make sure to invite any of the Greek boys, who were waiting to be shipped overseas, home for Sunday dinner. She then went to work for the dietician at the Veterans Hospital which is where she met our father Ralph Wesley Carr. They were married in Elko, Nevada on October 19, 1950. Their marriage was later blessed at Holy Trinity Greek Orthodox Church in Salt Lake City, Utah. She retired from the Newspaper Agency Corporation after many years of service. She was a loving and devoted mother supporting her children in all of their endeavors. She knew the value of an education and after the unexpected death of our father on his 57th Birthday, worked hard to provide her children with the opportunity to attend college. But the role she seemed to excel at was that of being Yia Yia to her four grandchildren who she cherished and her twenty great grandchildren who she adored. She loved her faith, family and being Greek. She was a life time member of Holy Trinity Greek Orthodox Church. (A church her father helped to establish). After her retirement, she spent countless hours volunteering at church. She was recognized on several occasions for her service, most notably during the 100th year anniversary celebration in 2005, when she received the Pillar of Faith and Service Award. It didn't matter if they needed help in the office or the kitchen, she was there. She loved the company of the other women, all of whom she considered dear friends. She was a wonderful cook and chances are that if you have attended the Greek Festival over the years, you've probably eaten something she helped to prepare.\r\n\r\nShe loved chocolate ice cream, Royal Secret perfume, attending monthly senior citizen's luncheons with her granddaughter, having her hair done once a week, and trips to Wendover. When the bus ride got to be too much for her, a special niece (Nikki Anton) was more than happy to drive her out for a quick visit.\r\n\r\nShe loved to travel. Her frequent destinations were Greece and the Holy Lands where many lasting friendships were formed. She also loved to dance. Even in her final days, whenever a lively tune was played (especially if it was a Greek song) her feet could still be heard under the table tapping out the beat.\r\n\r\nShe supported and was a member of Philoptochos, Arcadians, Helenic Women, Helenic Cultural Association, and Panahaikos (serving many years as an officer).\r\n\r\nWe all think of her whenever we hear the Christmas carol, Oh Come All Ye Faithful or the Easter Hymn, Christos Anesti as they were both her favorites. A $2 bill or a Nordstrom's box will always bring back fond memories. In her own quiet way she made the world a better and more compassionate place for those she loved and many who will never recognize her name.\r\n\r\nShe was preceded in death by her parents, husband and loving sisters who she dearly missed, Viola Nicolatus (George), Mary Anton (Basil), Rita Poulos (George), a special nephew John Anton, and many dear and lifelong friends. She is survived by her children, Michael John (Carole) and Geri Alice. Her siblings, Helen (Chris-deceased) Luras, Dr. Emanuel Kerikas (Sharon), and Maxine Kerikas. Her grandchildren , Daniel Wesley (Melanie), Timothy Michael (Jennifer), Michelle Jean Beatty (Brock), and Gregory William (Jenna), along with 20 great grandchildren. She also leaves behind her Godson, George Miller, many nieces, nephews, dear friend and her faithful furry companion, "Hoodie".\r\n\r\n \r\n\r\nIn lieu of flowers, we are certain she would be pleased if you make a donation in her memory to the Holy Trinity building fund or the Philoptochos (Senior Citizens). Both were causes dear to her heart.\r\n\r\nShe also supported many children's organizations including Camp Kostopulos (founded by her uncle Dan).\r\n\r\nAs a family, we would like to thank those who helped to care for and make her comfortable during her final days. Especially Rev. Father Elias Koucos whose visits comforted and strengthened her as well as the late Rev. Matthew Gilbert and his wife Presbytera Denise who visited and called on her during previous periods of recovery.\r\n\r\n \r\n\r\nWe hope she was greeted on the other side by those she so dearly missed. Her advice to those she leaves behind would surely be, "When you get the choice to sit it out or dance-I hope you dance".\r\n\r\nWe will miss you mom. May your memory be eternal.\r\n\r\nFuneral services will be held on Wednesday, May 3, 2017, 11:00 am, at Holy Trinity Greek Orthodox Cathedral, 279 South 300 West. A memorial luncheon will follow at the church. She will be laid to rest at Redwood Memorial Estates. Friends may call on Tuesday, May 2, 2017, from 6:00-8:00 p.m. with a prayer service at 7:00 p.m. at the Neil O\'Donnell & Sons Mortuary, 372 East 100 South.

The family of Effie K. Carr created this Life Tributes page to make it easy to share your memories.

Send flowers to the Carr family.