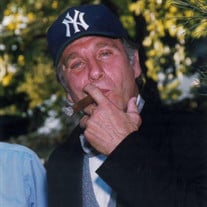 Bob was the first of three boys born to Mary Vecchio Barber and Eugene Robert Barber Sr., in Salt Lake City, Utah on May 24, 1951. He attended Bishop Glass Elementary School then went on to Judge Memorial High School where he excelled in academics and sports, graduating in 1969 as student body president. He received an academic scholarship to the University of San Francisco where he attended for two years, then transferred to the University of Utah. He later graduated from Utah Technical College in 1977 with an Associates Degree in refrigeration and engineering. He was a proud member of the Pipe Fitters UA Local 140 all his life. He worked for the Louis A. Roser Company from 1974 until his retirement in 2014 as a refrigeration engineer and specialist. Bob married his high school sweetheart, Francie Roser, in 1972 and had two amazing children, Stephanie Barber-Renteria (Tupakk), Salt Lake City and Thomas Barber (Jane Taylor), New York City. Bob and Francie later divorced, but remained close friends. Bob married Robyn Ruiz in 1984 and is the step-father to Aylah Barber, divorced in 1994. He is survived by his mother, Mary Barber, his brother Rick (Ann), sister-in-law Kathleen Barber (Gary), his children and three grandchildren, Cuauhtemoc, Maya and Siena Renteria, numerous cousins, aunts and an uncle, nieces and nephews. He was preceded in death by his father, Eugene Barber Sr., and his brother Gary Barber along with numerous aunts and uncles. A celebration of his life will be held at Guadalupe Church, 257 North 700 West, Salt Lake City on December 6, 2021 at 11 am. Friends my call one hour prior to the celebration of the mass. Internment at Mount Calvary Catholic Cemetery. His children would like to thank Rick and Ann Barber for their tireless care of their father during his illness. Thanks also to his physicians, John Luras and Benjamin Solomon, to Jen Skyer, RN and to the many nurses and staff of the Huntsman Cancer institute. In lieu of flowers the family wishes donations be made in Bob’s name to the Cornelia de Lange Foundation in honor of Siena Renteria. www.cdlsusa.org.

Bob was the first of three boys born to Mary Vecchio Barber and Eugene Robert Barber Sr., in Salt Lake City, Utah on May 24, 1951. He attended Bishop Glass Elementary School then went on to Judge Memorial High School where he excelled in academics... View Obituary & Service Information

The family of Eugene Robert Barber Jr created this Life Tributes page to make it easy to share your memories.

Bob was the first of three boys born to Mary Vecchio Barber and...

Send flowers to the Barber family.