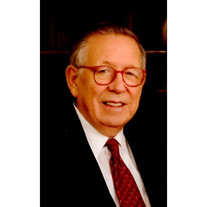 Floyd Alexander O'Neil was born on the Uintah-Ouray Indian Reservation July 14, 1927, the son of Vaun Alexander and Estella Crapo O'Neil. He died in Salt Lake City April 18, 2018. In his 91 years, he was a noted historian of the West, an advocate for American Indians, a husband and a good friend.   His siblings were Richard, Ralph, Vera (Bruno) and Myra (Ungerman). Only Myra survives him.\r\n\r\nEarly in World War II, his family moved to Price, Utah where his father worked in the coal mines. Floyd entered academia because, he said, he could not pass the physical for the coal mines.\r\n\r\nFollowing graduation with a teaching degree, he taught in the Carbon County schools and then returned to the University of Utah for his Ph.D. He spent the rest of his professional career at the University, eventually teaching a total of 50 years. In early 1967, he was recruited by the American West Center to join a newly funded Doris Duke American Indian Oral History Project. Through that initiative, Floyd developed and directed American Indian Tribal Histories with twenty-six western American Indian tribes as well as materials concerning Utah's minority and other ethnic groups. His significant contribution was working with tribal and ethnic groups in defining and presenting their own history for educational, administrative, legal and cultural uses.\r\n\r\nHonors include the Western History Association's Award of Merit and its Lifetime Membership Award and the Utah State Historical Society's Fellow as well as numerous awards from American Indian tribal organizations in Utah, Nevada, New Mexico and other western states.\r\n\r\nHe married Shauna Holland May 9, 1970. She survives him. Other survivors include his sister Myra, 12 nieces and nephews and innumerable close friends.\r\n\r\nA private graveside service will be held Tuesday, April 24 at the Salt Lake City Cemetery; in May there will be a Celebration of his Life. In lieu of flowers, please send donations to the Floyd A. O'Neil scholarship, supporting young graduate scholars working in the fields of the American West, American Indian studies and environmental issues at the American West Center, University of Utah, 1995 de Trobriand Street FD 618 C, Salt Lake City, Utah 84113.

Floyd Alexander O'Neil was born on the Uintah-Ouray Indian Reservation July 14, 1927, the son of Vaun Alexander and Estella Crapo O'Neil. He died in Salt Lake City April 18, 2018. In his 91 years, he was a noted historian of the West, an advocate... View Obituary & Service Information

The family of Floyd Alexander O'Neil created this Life Tributes page to make it easy to share your memories.

Floyd Alexander O&#39;Neil was born on the Uintah-Ouray Indian Reservation...

Send flowers to the O'Neil family.