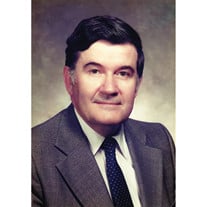 1929-2016\r\nJoseph Francis Delaney, husband of Virginia Vallee Delaney, and father to six children, passed away at age 86 on 5/12/2016 after several years of deteriorating health. Joe entered this world November 6, 1929, in Chattanooga Tennessee, as the fourth child of Marguerite and William Patrick Delaney.   He went to Notre Dame Grade School and Notre Dame High School in Chattanooga, and then graduated from the University of Notre Dame in South Bend, Indiana. Always a connoisseur of good jokes and funny stories, he liked to tell people about his time as the captain of the Notre Dame Football Team, but often neglected to mention that it was at Notre Dame High School, and not at the university.\r\nAfter graduating as a Metallurgical Engineer, Joe worked for a time at Oak Ridge National Lab, and then returned to Chattanooga to work in the family foundry business. He remained in the foundry business for most of his career, and his family followed him as he moved to jobs in Denver CO, Pryor OK and Salt Lake City UT. He was an active member of the Steel Founders Society of America. Joe was an avid history buff and he devoted many years to researching stories of the American West. He had an active intellect and a sharp wit, and he was a font of knowledge on many subjects. He also volunteered regularly in the RCIA program at St. Ambrose Parish.\r\nHe leaves behind his wife, Virginia, his children Joe Jr., Connie (Wayne), Bill, Tim, Colleen (Bert) and Kevin, and his sister Anna (Bob) Mahoney. He has his ten grandchildren and three great-grandchildren: Jaimos (Becky) Skriletz; Tessa (Ryan) Wingfield, and her children Brayden and Cora; Kacey (Kyle) Hoob and her son Carter; Laura and Eric Delaney; and Isaiah, Omar, Miguel, Mariah and Maya Stolp . His brother Bill (Mary Snow) and his sister Mary Margaret (Fred) Hetzler preceded him in death. A funeral mass will be held on May 24th at 11:00 a.m. at St. Ambrose Catholic Church, 2315 East Redondo Avenue in Salt Lake City. In lieu of flowers, the family suggests a donation to the St. Ambrose refugee program.\r\n

The family of Joseph Francis Delaney created this Life Tributes page to make it easy to share your memories.

Send flowers to the Delaney family.