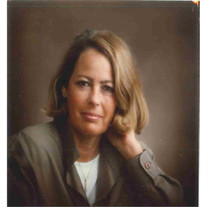 1942 - 2016\r\n\r\nOur remarkable wife, mother, grandmother and friend Lynda Smith Gamble, age 73, died on October 5, 2016 at home, from complications of cancer. Lynda was born December 7, 1942 in Salt Lake City to Austin Block Smith and Helen Taggart Smith. Lynda attended East High School and graduated with a degree in History from the University of Utah in 1965. Mom met our father in an all-Greek bridge tournament (a game that she played and excelled at her entire life) at the University of Utah. As the story goes Dad accused her of giving hand signals to her bridge partner and then proceeded to ask her out. She married her accuser (and future bridge partner) D. Jay Gamble on December 27, 1965 at St. Ambrose Catholic Church and a reception followed at the Hotel Utah. Mom and Dad lived in Los Angeles for a period of time while Dad attended graduate business school at UCLA. A job transfer caused them to move to Northern California for a short period of time. They then happily returned to Salt Lake City to attend law school.\r\n\r\nMom's energy, kindness and giving nature drew people to her. She was beautiful on the outside but because of her inner beauty the world is indeed a better place. She was a renaissance woman. She loved to travel, draw, paint, and garden. English roses were her very favorite. She was an avid fan of public television, especially Masterpiece Theatre. "The business of life is the acquisition of memories." Mom had strong political beliefs, which she was more than willing to share and often would insight colorful conversations. She gave countless hours to nonprofits. Her mark was felt on the Salt Lake Jr. League, Utah Girl Scout Council, Kappa Kappa Gamma Fraternity, and various University of Utah organizations. She devoted countless time in her last ten years to the Town Club, affectionately known as TC. Lynda enjoyed a diverse professional background including teaching, modeling, real estate (not her calling) marketing for Makoff's (Dad calls that her most expensive job) and as a professional event planner. She was a woman of substance, having beauty, wit, style, intelligence and an unfailing sense of humor in all situations.\r\n\r\nMom is survived by her husband D. Jay Gamble, her daughters Jennifer Gamble Wathen and Erin Gamble Wall, their husbands Rick J Wathen and Peter R. Wall and four amazing grandchildren who were absolutely the lights of her life - Lyndan G. Wall 15), Lucas J. Wathen 14), Tasman R. Wall 12) and Alexander C. Wathen 10). Mom is also survived by other family members and countless friends, including her closest "mon amie" Jodie L. Bennion. She was proceeded in death by her Father Austin 1976), her mother Helen 1003) and her brother Austin Taggart ("Tag") Smith 1987.)\r\n\r\nMom's journey the last couple of years with cancer has not been easy. We are very thankful for the wonderful care she received from her team of doctors and most recently her hospice team. In lieu of flowers, donations may be made to Utah's Hogle Zoo for the care of its elephants, which are helping to further cancer research or to a charity of your choice. Contributions to Utah's Hogle Zoo, should be sent to 2600 E. Sunnyside Ave., SLC 84108 or donate on line at https://www.hoglezoo.org/donate-now.\r\n\r\nA Funeral Mass will be celebrated in her honor on Thursday, October 13th at 11 AM at Saint Ambrose Catholic Church - 1975 South 2300 East, Salt Lake City. Funeral directors, Neil O'Donnell and Sons.\r\nA celebration of Lynda's life will be held following the Mass, in the Orangerie at Red Butte Garden - 300 Wakara Way, Salt Lake City, beginning at approximately 12:30 to 3:30 PM.

The family of Lynda Smith Gamble created this Life Tributes page to make it easy to share your memories.

Send flowers to the Gamble family.