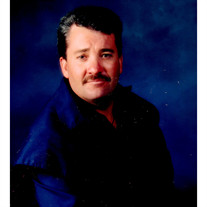 Mark Raymond Gardner, 49, of Salt Lake City, died unexpectedly August 31, 2016. He was born January 25, 1967 in Salt Lake City to Benjamin R Gardner and Deana L. Clements Gardner\r\n\r\nMark married his high school sweet heart Lori Lloyd in 1989. Later divorced. With his father they owned and operated Gardner Drilling Company, which was established by his grandfather in the 1930's. He worked by his father's side for many years to learn the trade of drilling and welding. In 1993 Mark was involved in a horrific accident causing a traumatic brain injury. With this disability Mark continued to work for several years in the drilling business with long time family friend Lou Lucedo.\r\n\r\nMark stayed busy, always willing to help a friend or family member. Whether it be working on his daughter's bench, or cleaning your kitchen, Mark never stopped moving. He loved trucks and always had funny jokes about Fords versus Chevys! Mark loved his Fords! His trucks were clean and always spotless. He never missed a chance to put on a nice tucked-in shirt, a cowboy hat, a belt with a beautiful buckle, and don't forget the shined boots.\r\n\r\nMark was one of a kind. His giving heart, the generous soul, the laughs, the smiles will not be forgotten. He could always make us laugh no matter the situation. He absolutely loved his friends but mostly his family. He loved to talk for hours. We all know what it meant if Mark was calling you. Hour long conversations, sometimes two.\r\n\r\nMark went through more than one person should ever have to endure in one's life. He is now free from all the worry, pain, and stress. He has touched so many lives. We are grateful for the short time we had and we are comforted knowing he is with his loving parents, grandparents and friends. We love you beyond the stars! Fly free!\r\n\r\nPreceded in death by his parents. Survived by his daughters, Melissa (Richie) Galuvao, Ashley Gardner (Jeremy), Tammy Black mother of Brenna Gardner, and his beloved son Tanner Gardner. Father figure to Colton (Nicole) Torgerson. Sisters, Lisa (Mark) Thompson, Annie (Matt) Paluso, Survived by 5 beautiful grandchildren, Kayleeah                             & Alolu Galuvao, Paizlee & Emery Brown, Bentlee Allen.\r\n\r\nA funeral service will be held 10:30 a.m. Tuesday September 6, 2016 at Saints Peter and Paul Catholic Church, 3580 W. 3650 S., with a viewing one hour prior.

The family of Mark R. Gardner created this Life Tributes page to make it easy to share your memories.

Send flowers to the Gardner family.