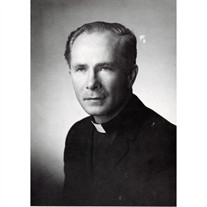 Monsignor Lawrence Paul Sweeney\r\n1929 ~ 2016\r\nMonsignor Lawrence Paul Sweeney died at Saint Joseph Villa, Salt Lake City on Wednesday morning, September 28, 2016 of age related causes. He was 87 years of age.\r\nLawrence Paul Sweeney was born January 12, 1929 in Laramie, Wyoming, the son of Michael James Sweeney and Grace Margaret Akolt, both deceased. When the family moved to Salt Lake City in 1933, he attended the Cathedral Grammar school (now Our Lady of Lourdes), Roosevelt Junior High School and Judge Memorial Catholic High School. In 1945, at age 16, he began seminary studies by entering St. Joseph Minor Seminary and College, Mountain View, California, and later St. Patrick\'s Seminary, Menlo Park, California from which he received a B.A. in Philosophy in 1950. He was ordained a Roman Catholic priest for the Diocese of Salt Lake City on January 24, 1954 at Our Lady of Lourdes Parish, Salt Lake City.\r\nDuring his long life of ministry, he served his early years as assistant pastor of St. Joseph Parish, Ogden, St. Patrick Parish, Salt Lake City, and as a teacher at Judge Memorial Catholic High School. He developed an effective ministry as Chaplain at the Newman Center, University of Utah. He was also the editor of the Catholic Register (later called the Intermountain Catholic) and was recognized for his weekly columns. While Chaplain of the Newman Center in Salt Lake City, he received an M.A. in psychology from the University of Utah.\r\nIn later years, he served as Pastor of St. Patrick Parish, Salt Lake City, Pastor of St. Helen Parish, Roosevelt, Pastor of Our Lady of Lourdes Parish, Magna, and finally Pastor of Holy Family Parish, Ogden. He was named a Prelate of Honor with the title of Monsignor on April 30, 2001 and retired from active ministry on November 15, 2004. Monsignor Sweeney was also deeply involved with Our Lady of Light Ministries headquartered in Cincinnati, Ohio, where he was the Priest from the West.\r\nMonsignor Sweeney was known for his contagious laugh, his generous spirit and deep devotion for the Holy Eucharist and for the Blessed Virgin Mary. He was active in community social justice movements, especially regarding racial equality, and ecumenical outreach.\r\nMonsignor Sweeney is survived by his brother Tom (Rita) Sweeney and his sister Patricia McLeese, and many nieces and nephews.\r\nHe was preceded in death by his brothers, Jim, Jack, Bill, his twin sister, Mary, and his beloved dog, Maddie.\r\nSpecial thanks to nephew Ed Sweeney, the entire staff of St. Joseph Villa who took remarkable care of Msgr. Sweeney from 2010 until his death and to Rev. Msgr. Rudolph Daz with whom he met in 1945 when they entered St. Joseph Minor Seminary and College. They were ordained the same day in the Diocese of Salt Lake in 1954, and reunited in 2010 at St. Joseph Villa, where they were inseparable.\r\nViewing will be on Friday, October 7, 2016 from 6:00 to 9:00 p.m. at Our Lady of Lourdes Church, 670 South 1100 East, Salt Lake City, with the Vigil Service at 7:00 p.m. The Mass of Christian Burial will be celebrated Saturday, October 8, 2016 at 10:00 a.m. at the Cathedral of the Madeleine, 331 East South Temple. Committal will be at Mount Calvary Cemetery, 4th Ave & T St. Funeral arrangements handled through Neil O\'Donnell & Sons Mortuary. In lieu of flowers, donations may be made to the Priests Mutual Benefit Society 17 C Street, Salt Lake City, UT 84103).\r\n

The family of Rev. P. Sweeney created this Life Tributes page to make it easy to share your memories.

Send flowers to the Sweeney family.