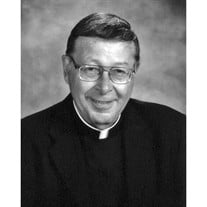 Priest of the Diocese of Salt Lake City\r\n1938-2017\r\n\r\n\r\nMonsignor Robert Raymond Servatius died in a South Jordan, Utah, rehabilitation center on Friday evening, August 11, 2017 of age related causes.  He was 79 years of age.\r\nRobert Raymond Servatius was born January 1, 1938 in Syracuse, New York, the son of Raymond L. Servatius and Mary D. Lambruscati, both deceased.  His family moved to Salt Lake City in 1949 where he attended Judge Memorial School 1949-1952) and Judge Memorial High School, Salt Lake City 1952-1956). He studied for the priesthood at Saint Joseph College, Mountain View, California, and Saint Patrick Seminary, Menlo Park, California 1956-1964). He was ordained to the Roman Catholic priesthood for the Diocese of Salt Lake City on May 23, 1964 at the Cathedral of the Madeleine by the Most Reverend Joseph Lennox Federal.\r\nDuring his long life of ministry, Monsignor served in his early years 1964 to 1979) as assistant pastor at Saint Joseph Parish, Ogden, Our Lady of Lourdes Parish, Salt Lake City and Saint Francis Xavier Parish, Kearns. He taught at Judge Memorial Catholic High School, was Administrator of Notre Dame High School, Price, as well as at Saint Joseph High School Ogden. Father Servatius was the Editor of the Intermountain Catholic Register, and Chaplain of the Newman Center, University of Utah, Salt Lake City. His first assignment as Pastor was at Notre Dame Parish, Price from 1979 to 1984. In 1980, he was appointed Moderator of the Diocesan Council of Catholic Women and in 1984 to 1986 he served at the Diocesan Pastoral Center as the Family Life Director.\r\nHis most significant assignment was as Pastor of Blessed Sacrament Parish, Sandy, from 1986 until his retirement in 2016.  There he oversaw the expansion of the school and construction of the new Church. During those years he also served as the DCCW Moderator (for which he was also the National Spiritual Advisor from 2002-2006 and again from 2008-2012), Dean of the Wastach Deanery, Chairman of the Lay Ministry Advisory Office, six five-year terms as a Diocesan Consultor and Defender of the Bond for the Diocesan Marriage Tribunal. He was a dedicated chaplain of the Knights of Columbus and ardent supporter of youth ministry.\r\nOn February 2, 1994, he was elevated to Prelate of Honor with the title "Monsignor" by Pope John Paul II, and in November of 2001 he was invested into the Equestrian Order of the Holy Sepulchre of Jerusalem (Knight).\r\nMonsignor Servatius was known for his sense of humor and his generous and compassionate pastoral care. He loved to take groups on pilgrimage to Italy and cherished especially his role as Moderator of the Diocesan Council of Catholic Women over the years. He had a true pastor's heart.\r\nMonsignor Servatius is survived by his younger brother Paul William Servatius and pre-deceased by his parents and brother David Servatius. Special thanks are due to the many parishioners and friends who assisted Monsignor over the years, especially Mrs. Sharon S. Jackson, his Pastoral Associate and friend for many years.\r\nViewing will be on Wednesday, August 23, 2017 from 6:30 to 8:30 p.m. at the Cathedral of the Madeleine, 309 East South Temple in Salt Lake City, with the Vigil celebrated at 7:00 p.m.  The Mass of Christian Burial will be celebrated on Thursday, August 24, 2017 at 11:00 a.m. at the Cathedral. Committal will be at Mount Calvary Catholic Cemetery, 4th Avenue and T Street. Funeral arrangements handled through Neil O'Donnell & Sons Mortuary.  In lieu of flowers, donations may be made to the Priests Mutual Benefit Society 17 C Street, Salt Lake City, UT 84103).

The family of Reverend Raymond Servatius created this Life Tributes page to make it easy to share your memories.

Send flowers to the Servatius family.