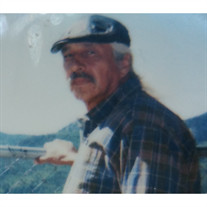 Robert \"Bobby\" Gurule  age 66 of Durango, Colorado passed away unexpectedly on September 10, 2016 in Ellsworth, Kansas.  He was a long time resident of Fountain,  Colorado where he was currently living  at the time of his passing.\r\nRobert was born in Durango, Colorado to Renalda Clorinda  Gurule and Theodore Gurule on July 28, 1950.\r\nRobert  was a very smart and talented man and was eager to learn as much as he could, there was not a job that he could not do, anything he put his mind to he would complete and accomplish.   In 2000 he went back to school and got his Commercial Drivers  License.  He enjoyed traveling and being on the open road seeing the country in his Semi-Truck, and at times took his brother Bernard on the road with him for the ride and mostly for the company,  they were very close.  He was always there to help family and friends with anything they needed help with.  He currently worked for Saunders Trucking where he had several friends that will miss him dearly.\r\nHe enjoyed camping, fishing, playing his guitars, lifting weights, and working on his Chevy truck with his brother.\r\nHe was a member of St.  Dominics Catholic Church in Colorado, where  he  rarely missed a Sunday to go to mass and pray. He also donated  countless hours of his time to God pantry.\r\nHe was a veteran of the US Marine Corps he was a LCpl and received the National Defense Service Medal , Vietnam Service Medal, and the Rifle Marksman Badge. He had a honorable discharge in 1970. The discipline and patriotism he learned never left him.\r\nHe married Elaine Manzanares in 1970 but later divorced.  He later  married Brooke Burgess in 2000 but unfortunately she passed away in 2005.\r\nRobert is survived by his 2 daughters Jennifer (J. Guadalupe) Carrillo and Elizabeth Gurule both of Salt Lake City.  1 step daughter  Crystal, 1 Brother Bernard Gurule of Fountain, Colorado, 2 Sisters Jacqulin (Jackie) Zaragosa and Nandra Courtright both of Salt Lake City.  He had 4 Grandchildren Patricia, Jose, Rafael, Abel  and 1 step grandaughter Cookie, Several Aunts and Uncles, nieces and nephews, cousins and friends.\r\nHe is preceded in Death by his Father Theodore Gurule, his Mother Renalda Clorinda Gurule. Sister Rubilda (Ruby) Manzanares, Brother in law Berned Manzanares and daughter April Gurule.\r\nA Funeral Mass will  be held  Thursday October 13th at St. Patrick\'s  Catholic Church at 11 am. Located  at 1040 west 400 South Salt Lake city, Utah 84104 Committal: Utah Veteran\'s Memorial Park Camp Williams Road 17111 Bluffdale,  Utah

Robert \"Bobby\" Gurule  age 66 of Durango, Colorado passed away unexpectedly on September 10, 2016 in Ellsworth, Kansas.  He was a long time resident of Fountain,  Colorado where he was currently living  at the time of his passing.\r\nRobert... View Obituary & Service Information

The family of Robert \"Bobby\" Gurule created this Life Tributes page to make it easy to share your memories.

Send flowers to the Gurule family.