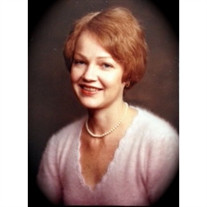 February 14, 1947 - June 30, 2019\r\nOur much-loved sister, aunt, great-aunt, cousin, and friend, Susan Anne Clegg, died\r\npeacefully of natural causes on June 30 in Chicago. Born on February 14, 1947, in\r\nChicago, Susan was the cherished daughter of David H. Clegg and Joanne Bolger Clegg,\r\nwho dubbed her "our hummingbird" as she flitted between Chicago and Salt Lake to care\r\nfor them in their final years.\r\nSusan spent the first four years of her life in Wheaton, Illinois, before moving to Salt Lake City, where she went to Cathedral School and East High. She attended Gonzaga University in Spokane and graduated from the University of Washington at Seattle with a degree in political science. In 1971, Susan realized her longtime dream to become a flight attendant and was regularly honored for the caring professionalism she showed her passengers throughout her career of nearly 40 years with American Airlines, all of it based in Chicago.\r\nSusan was a life-long member of the Catholic Church and focused her energy and love on family, dogs, travel, and her beloved '65 Mustang convertible ("Miss Daisy").\r\nSusan is survived by her sister, Carol (and Peter), of Auckland, New Zealand, and her brother, David (and Diane), of San Rafael, CA. She was the much-loved aunt of Susan and Dominic of London and Jim and Anne of New York City, and the adoring great-aunt of their children, Ava and Lucy.\r\nA "Celebration of the Life of Susan" will be held at the Fort Douglas Post Chapel, 120 Fort Douglas Blvd, Salt Lake City, on Saturday, August 17, at 11:00 A.M.  Separate private interment, Mt. Calvary Cemetery.

The family of Susan Anne Clegg created this Life Tributes page to make it easy to share your memories.

Send flowers to the Clegg family.