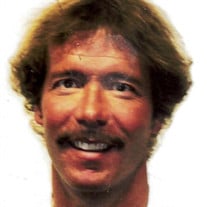 Thomas James “Tommy” Brennan passed away at home on Wednesday evening, November 4, 2020, the victim of brain cancer. He was born to Janet Catherine and William J. “Bill” Brennan on April 9, 1963, at what was then Holy Cross Hospital in Salt Lake City. Tom attended Cosgriff School until the family moved to Connecticut. He attended Ridgefield Elementary where he was active in Connecticut Little League football and baseball. In 1976, he returned with his family to Salt Lake where he was graduated from Judge Memorial High School. Tom attended most universities and colleges in Utah, except the one south of Salt Lake. Tom’s first employment was with the Newspaper Agency Corporation (NAC) but his fascination with outdoor sports led to employment with Park City Ski Resort and later with Deer Valley Resort where Tom spent 30 years as lift operator, supervisor, and mountain host. Tom’s large collection of trophies, jackets and citations attest to his contribution to customers, staff and management of the resort. Tom is survived by his parents, Bill and Janet Brennan. He is preceded by two brothers, Richard William, who died in infancy, and Daniel Gerard, who retired after 30 years service aboard Coast Guard Cutters and as Vessel Traffic Controller for the Coast Guard in San Francisco Bay. At the time of their deaths, both sons were 57 years old. The Brennan’s extend their sincere thanks to John Takapu, the registered nurse who provided constant, 24-hour care for Tom during his final days. A funeral Mass will be celebrated on Tuesday, November 10th, at 11:00 a.m. at Saint Vincent De Paul Catholic Church, 1375 East Spring Lane (5000 South) with the Rev. David Van Massenhove officiating. Committal at Mt. Calvary Catholic Cemetery, 4th Avenue and T Street. Please wear a mask and practice social distancing.

The family of Thomas James Brennan created this Life Tributes page to make it easy to share your memories.

Thomas James “Tommy” Brennan passed away at home on Wednesday...

Send flowers to the Brennan family.