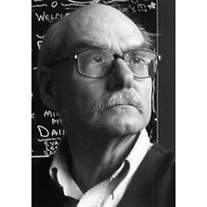 1946 - 2016\r\nTom Zeidler, beloved brother, brother-in-law, uncle, and friend to all who knew him, passed away at home from natural causes in Salt Lake City on Monday, March 21, 2016. He was born on April 23, 1946, in Chicago, Illinois, to the late William Xavier Zeidler and Rose Elizabeth (Powell) Zeidler.\r\n\r\nAs a son of a military family, Tom spent much of his early life living in numerous parts of the country, including Illinois, Texas, New Mexico, California, Virginia, Louisiana, and even Japan. He graduated from high school in the Class of 1964 at Narimasu High School in Tokyo. While the rest of the family resettled in Ogden, Utah, in 1964, Tom went off to college and spent two years at Rutgers University in New Brunswick, New Jersey, where he majored in English Literature. He spent his summers in Utah during those years and eventually moved to Salt Lake City permanently in 1966 to be closer to the family. Once he settled in the city, he never left. He took classes in English and Anthropology at the University of Utah and got involved in the Department of Anthropology's archaeology program for a number of years, participating in several archaeological investigations throughout the state. Following that, he worked for a while in the Antiquities Section of the Utah State Division of History. In recent decades, he worked as a barman extraordinaire at various establishments in the downtown area.\r\n\r\nTom was a voracious reader of literature, philosophy, and history, and just about anything else he could get his hands on. He enjoyed being outdoors, especially camping in the desert with his friends. But his true passion was simply engaging with people in conversation, anytime, anyplace, and seemingly on any topic. His kindnesses were many and his loyalty was unwavering. He will be sorely missed by all those who knew him.\r\n\r\nHe was preceded in death by his parents, William and Rose Zeidler, and step-mother, Bernadine Zeidler. He is survived by his younger brother Jim, his sister-in-law Mary Jo, niece Gabrielle, and nephew Michael, of Fort Collins, Colorado. He is also survived by an "extended family" of friends he acquired in Salt Lake City over 50 years of living and working in the downtown area.\r\n\r\nA Celebration of Life will take place at the Neil O'Donnell & Sons Mortuary, 372 East 100 South, Salt Lake City, on Saturday, April 2, 2016, at 2:00pm. Inurnment will take place at Mount Olivet Cemetery, 1342 East 5th South, Salt Lake City, on Monday morning, April 4, 2016, at a time to be determined.

The family of Thomas Joseph Zeidler created this Life Tributes page to make it easy to share your memories.

Send flowers to the Zeidler family.